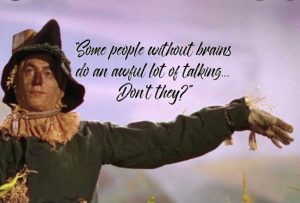 This exclamation – .”…you mean I have to look like I’m listening!” came from one of the senior executives I was coaching, when I was discussing his assessment data including his 360° feedback.

A key piece of feedback was that he didn’t listen to his boss or his team members.

He was furious, ‘I have an eidetic  memory,’ he shouted. In examining this claim with him I discovered he in fact did have a perfect memory and probably did hear everything that people said to him. However, on further examination he agreed that he did fiddle with his phone , read emails, speak to people passing by, and in general did not look like he was listening.

He was sceptical of the research that showed 55% of the impact of a trustworthy message is conveyed by body language alone. He conceded however that the feedback he had received was compelling.

Further, he was a leader who wanted to be a better leader and didn’t dismiss this uncomfortable feedback with the assertion, ‘but that’s who I am.’

He enlisted my support to begin to ‘look like he was listening.’

Matching can be taught, learned and become second nature.

It’s crucial to do this with important conversations as it is time consuming to do this with every encounter (but there are many advantages to matching always and regularly.)

Step one of great matching: observation.

Understand the context and the mood before you speak. Pay attention to the pauses, eye movements, tone of voice, body adjustments, and so on. Be curious. All these non-verbal signals are telling you something. This type of leadership says ‘we are on the same team’ without saying it out loud.

Leadership by matching tells the other person you belong to the same tribe, that you share the same values and believe in the same things. You don’t have to pretend to belong. You simply need to match the other person’s non-verbal behaviours.

How can you learn from them?

What is their meaning and worldview?

What’s their frame of reference and where might it coincide with yours?

Is this the right time to have the conversation?

Are you the best person to initiate the conversation?

What do you know about their history and beliefs and life?

If you were them, how would you like to receive the news?

Looking Up, Looking In